I first encountered spinning when watching Romy and Michele’s* High School Reunion in 1997. Phoebe Buffay and Mira Sorvino were basically doing rising trot on an exercise bike, and I was intrigued.

Then I promptly forgot about it for 10 years until SoulCycle was born, and the world and his kale-eating wife were making beelines for pitch-black, musty-smelling rooms at the gym, with a mid-noughties club soundtrack thrumming out of them. Making everyone else in the gym feel guilty they weren’t astride a bike in the dark.

But I stood strong. I resisted. It’ll all blow over before you can say ‘kettleball swing’, I told myself. 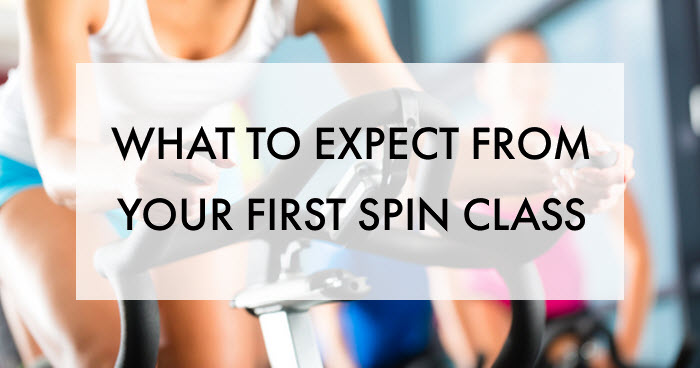 Well, it didn’t, did it? The more I planked outside the spinning studio, the more intrigued I became. I also heard that you can burn an inordinate amount of calories peddling away in front of someone shouting orders at you down a Britney-esque microphone. Plus, Brooklyn Beckham is totally into it and he looks like he’s got life sussed. I wanted in.

After signing up and resisting the urge to call and cancel, like, 48 times, I sauntered into the studio 15 minutes early. Y’know, to show I wasn’t afraid (exercise bikes are like horses – they can smell fear). I saw someone else draping their towel across a seat to bagsy it, so I casually followed suit… plumping for a bike on the back row, just to be safe. The room soon filled up with people of all ages, shapes and sizes – and I figured if they’d come back for more punishment after their first class, it can’t be that bad.

Our instructor was very friendly but she was definitely of the ‘I’ve got a body like Jennifer Lopez under here’ ilk. I told her I was a first-timer, so she fiddled with my bike seat and gave me a quick Spinning 101: Stand up on the pedals when I tell you to, pedal faster when I tell you to, and change gears when I tell you to. The gears were an innocent-looking dial on the bike frame – I just needed to twizzle it. Easy. She asked if I’d ridden a road bike recently. I nodded confidently. I just didn’t tell her it was circa 1994. In Center Parcs.

Feeling a little bit like I was in a kids’ roller-disco (flashing lights, pumping music, but minus the Slush Puppies and slouch socks) I started peddling. I don’t know if I was doing it right, but no one else in the class gave me a ‘what on earth are you doing, you eejit?’ look, so I carried on. We all happily peddled along to a weird club version of Eminem… so far so simple. Although at one point my little legs were peddling so fast J-Lo singled me out and told me to calm down and change up a few gears to make it harder. Ah. It did seem a bit effortless. I just thought it was my ex-horse-rider’s thighs making light work of it all.

We then started an uphill climb. This is when, in real life, I would probably opt to get off the bike and push it, perhaps stopping off at a pub halfway up for a G&T and some honey-roasted peanuts. Sadly, dismounting and roadside refreshments weren’t an option… so instead I put my back in to it. For motivation, I conjured up images of my fitness instructor of choice, Jillian Michaels, yelling at me that, “I want you to feel like you’re going to die.” I puffed, I wheezed, and I sang along to the Rihanna song in my head – hopefully not out loud, but I can’t be sure, it was very loud in there – as we made the epic climb. It may have been a gentle hill for all I know, but it felt like I was winding round the Pyrenees.

Finally, J-Lo released us from our standing position and I lowered myself back onto the sweet seat of comfort. Well, ‘comfort’ in the ‘it’s all relative’ sense of the word. We chugged back water, caught our breath, and I wondered how many club-style Eminem songs they could possibly play in one class.

After a couple more mountains/hills/gentle inclines, the clock on the wall told me I’d made it through a whole spinning class without collapsing. Joy. Rapture. Exhaustion. Oh, and a sore behind (I might take a sheepskin saddle cover next time – that’s a thing, right?). But, man, did I feel self-righteous.

So, if you’ve been eschewing spinning classes for years – as I have – I say go for it. I now go every week and am even considering signing up for a second weekly class. I know! I’m practically Gwyneth! Let’s just not mention the fact I often reward myself with a double cheese burger, sweet potato fries and a frozen margarita on the way home. Paltrow wouldn’t approve.