We’re right in the midst of Hollywood award season, and although The Main Event* isn’t until 27th February, we’ve got lots of red carpet action to look forward to in the meantime. Following the choice of the people came the choice of the critics, and the A-List turned out in force, dolled up to the nines. Facebook movie The Social Network nabbed top honours winning best picture, and Colin Firth – having also been awarded a star on the Hollywood Walk of Fame this week – won best actor for his role as the stammering King George in The King’s Speech. Natalie Portman, who has quickly found her pregnant style groove, picked up best actress for Black Swan, quipping to the film’s director, Darren Aronofsky, “You are responsible for getting me skinny and indirectly responsible for getting me fat” (referring to this news). It remains to be seen whether Portman and Firth are now favourites to take home the coveted gold statuettes in 6 weeks time, but one thing’s for sure… I will be firmly Team Darcy. As for the fashion choices, it was black and white and glam all over: 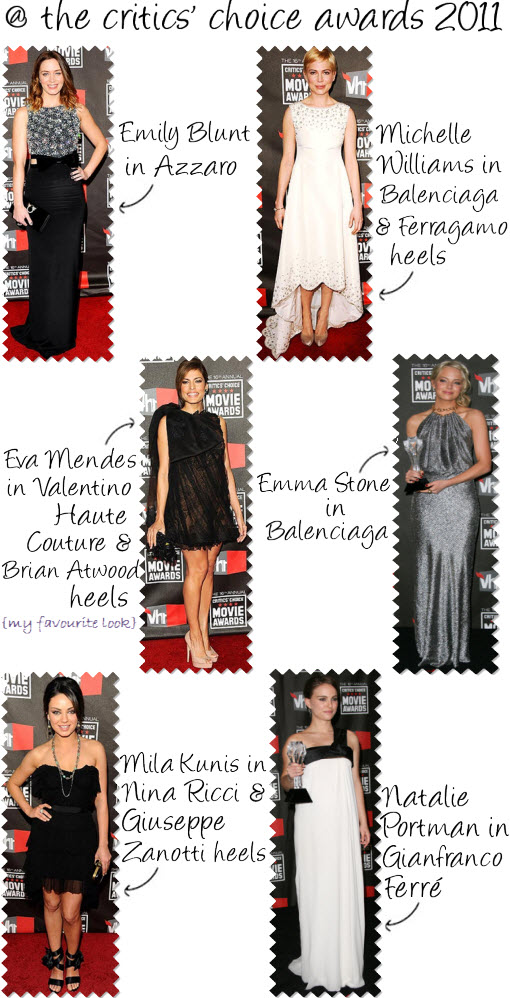 {images via prphotos}
*The Oscars. Just to clarify.