How is every one today? Feeling slightly worse for wear after celebrating an incredible day of history? I don’t blame you.
I wanted to wait until today to write a few words about the fairy tale that unfolded, as yesterday I would have been in full-out gush mode. To be honest, the wedding totally exceeded any expectations that I had. I was about a month old when Charles and Diana had their special day, and this is certainly the biggest Royal occasion that I’ve experienced in my lifetime… and it definitely didn’t disappoint.

Speculation leading up to this occasion has largely centred on the bride-to-be and her dress; what designer would Kate go for? What would the design be like? Would it have sleeves? As it turned out the answers were Sarah Burton at Alexander McQueen (called it!), lace appliqué gown with an ivory satin v-neck bodice and a 9ft train, and yes. In my opinion it was absolute perfection. One commentator remarked that as nice as it was, it wasn’t a “show-stopper”. I disagree… I think it was show-stopping in its simplicity. Too many bells and whistles would have made it garish and outdated. It had all the style of its lookalike, the wedding dress of Princess Grace of Monaco, as did the wearer. So here’s the breakdown of her look: 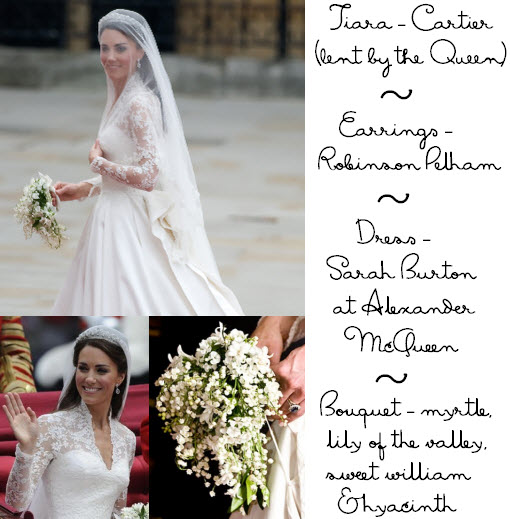 Kate wore it beautifully, and her calmness and serenity (when underneath she must have been freaking out) were awe-inspiring. My favourite part though? That beaming smile! She was absolutely the cat that got the cream, but there wasn’t a hint of smugness… she was just a girl (standing in front of a boy – haha, I kid) who was bursting with joy to be marrying her soul mate. Who, y’know, just happens to be heir to the throne. No biggie.

In no particular order, this is what I loved about Wills’ and Kate’s big day: 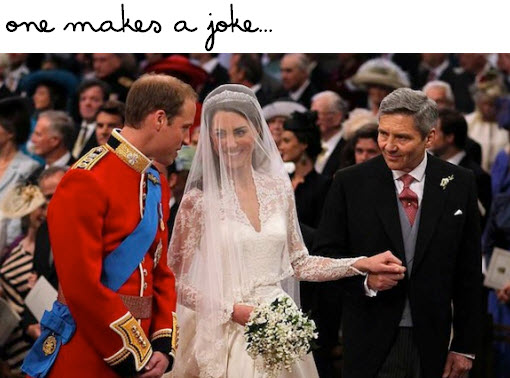 Lip-readers have reported that William said the following to Kate and her father when they reached the altar: “I just thought it would be a small family affair”. Heart him.

They’re so blatantly head over heels. Warmed my cockles. 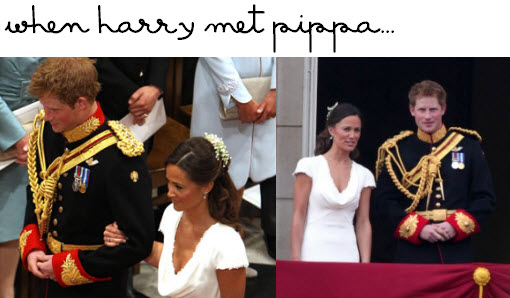 C’mon kids, you know it makes sense. Harry who looked so handsome yesterday, his cheeky face beaming with pride at his brother, and Pippa (albeit a tad enthusiastic with the Fake Bake) who was verging on upstaging her sister by being the talk of Twitter, would make quite the hot new couple. Chelsy, who? 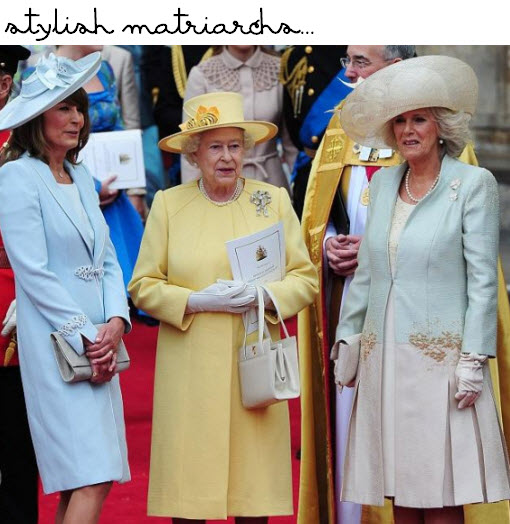 These three ladies killed it. That is all. 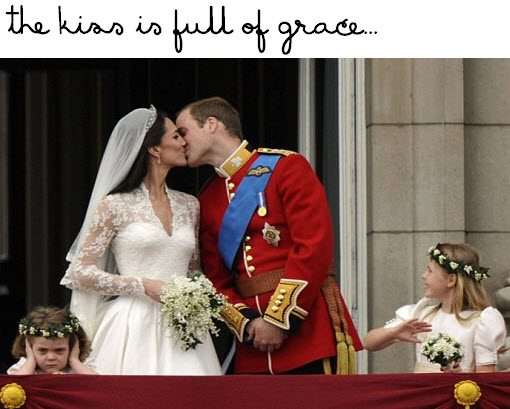 Brilliant. You know that little Grace van Cutsem (William’s god-daughter) was thinking, “I was promised jelly and ice cream, I didn’t sign up for this”. On to the couple though, and the money shot. When they came out onto the balcony, I love how Kate looked genuinely overwhelmed by the thousands that had gathered for The Kiss, mouthing, “Oh wow”. The newlyweds looked so at ease with each other and, well, two kisses. They knew their audience. 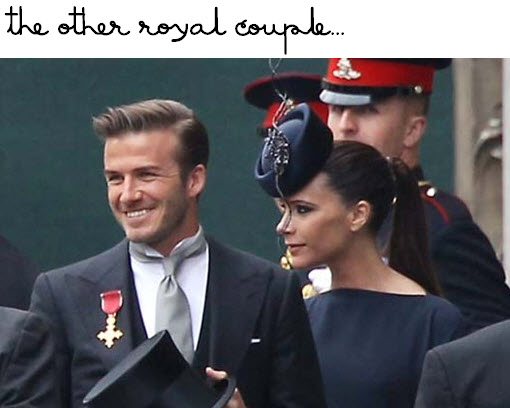 David looked dashing, obvs, and Posh looked, well, posh. I think she could have gone for something a little more exciting, but it wasn’t an unmitigated disaster. Bet she said to him afterwards, “Tay-vid, we need to have ours again… they had trees, Tay-vid, TREES!” 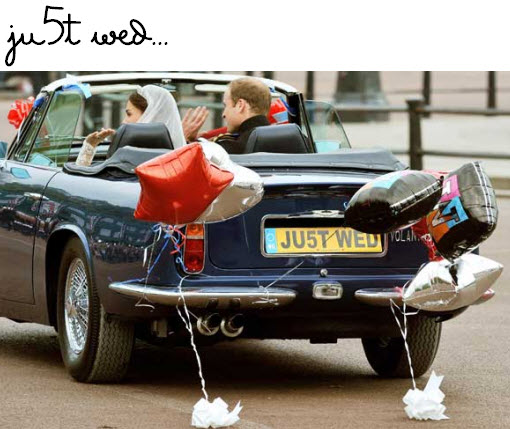 This was a stroke of genius. By this point of the day we were firmly on Team Cambridge, but this touch (must have been the work of Harry) sent me over the delirious edge. At first I honestly didn’t really believe what I was seeing. It was like they were a couple who’d had a small country wedding and were heading off to the local pub for a cider-soaked reception. Which is what both Wills and Kate truly wanted – and have spoken openly about this – so this was the part of the day that they got to live out their wedding fantasy.

Oh Bea, why didn’t someone tell you?? Just because it’s Philip Treacy doesn’t make it right. 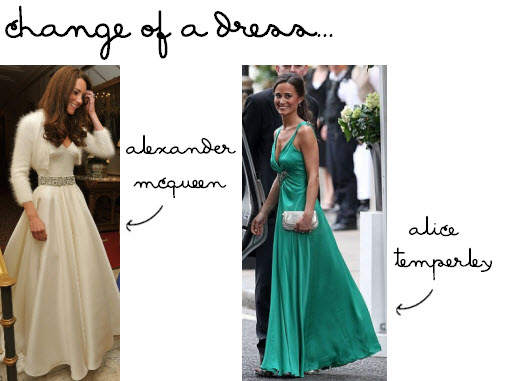 Another McQueen dress for Kate, and Pippa in Alice Temperley. The stylish sisters finished the day as they started it, looking utterly exquisite.
Ok, I think I’ve gone on long enough. So, over to you! What did you think? Were you as charmed as I was? Or are you glad it’s all over?!