Is it just me or has it actually been the longest week in existence? I feel like I’m approaching the finishing line in a marathon… but maybe that’s to do with the cocktails I had last night at the very glamorous, brand-spanking-new and “about time too” W Hotel in London. Go for the Watermelon Martini and you won’t regret it. Anyway, I digress. Truly TGIF, and I’m looking forward to meeting up with family this weekend at one of Jamie Oliver’s restaurants, and meandering around Covent Garden (which is where I work, but have no time during the week to make the most of it). And I’ll make sure I get to the cinema to watch The King’s Speech, no excuses this time. 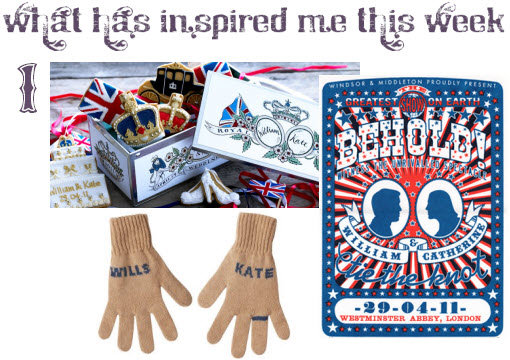 {images via Donna Wilson, Biscuiteers & General Pattern}
The Royal Wedding is next month! As I was merely a month old for Charles and Diana’s wedding, I’m fully on board with Wills and Kate’s big day… in fact I’d love to go to a public occasion with the wedding showing on a big screen (is this happening anywhere? I need to find out). As a bit of a wedding nut myself, I can’t wait to see all the details: her dress, her hair, the flowers. I get the sense that I’m not alone in this excitement… in female circles mostly, I suspect. The Royal Wedding bandwagon shows no signs of slowing, as the amount of memorabilia cropping up left right and centre is evidence of. Tacky? Pah! I literally want it all. 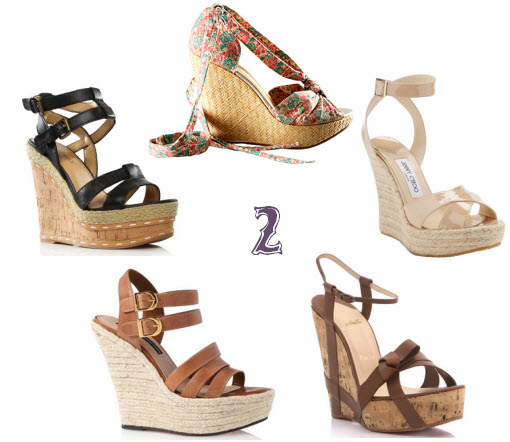 {images via H&M, Jimmy Choo, Matches, French Connection & Kurt Geiger}
What’s not to like about wedges? They’re the member of the heel family that you can wear all day without being crippled, they have the power to make your legs look gazelle-like, and, well, they’re just so purdy. I can almost smell the Ambre Solaire. 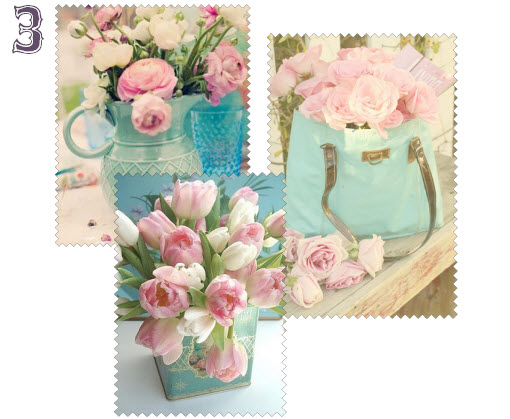 {images via pinterest}
January and February are over, and there’s no better way to celebrate their exit than to buy a bunch of fresh flowers. My kitchen now looks and smells delicious thanks to a cheery vase of tulips – Spring has sprung, and I couldn’t be happier.

As far as I’m concerned you can keep your weird Bang & Olufsen phones – they don’t even look like phones. I’m currently lusting after this vintage model that would add class to any desk. 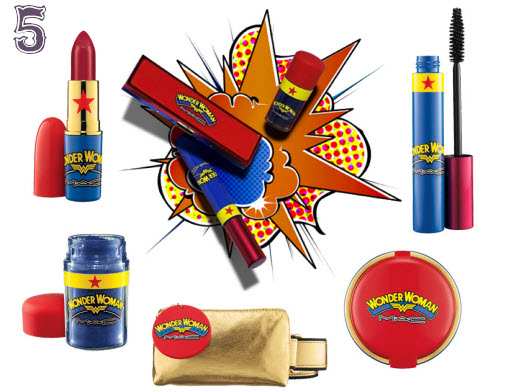 Supergirl had the ability to fly, She-ra had He-man… and Wonder Woman had the style. So MAC cosmetics have come up with the ingenious idea to collaborate with the fictitious heroine and bring out a Pop Art-esque range of make-up. Now, I’m not the biggest make-up connoisseur, but I love the packaging. Pow! It’s so fierce. 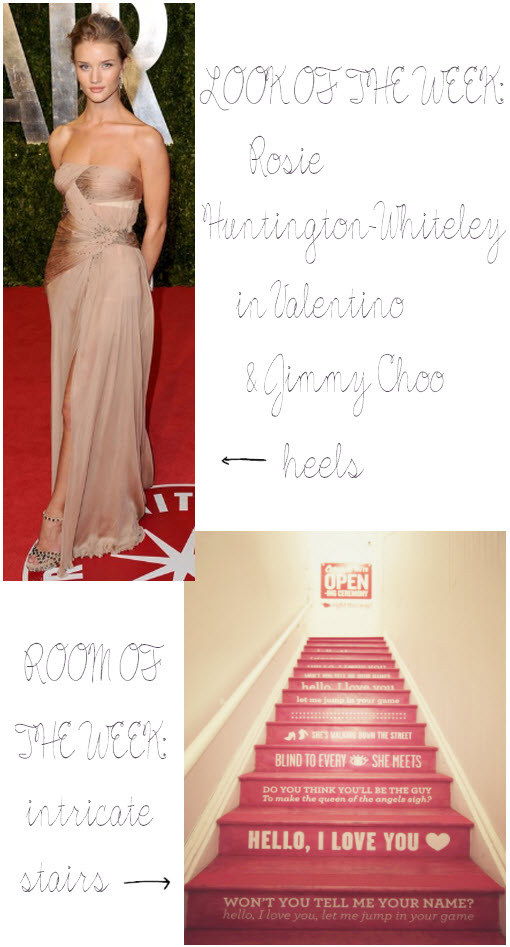 To wrap up the week we have Rosie Huntington-Whiteley at an Oscars party wearing a spectacular Valentino gown that looks like it has been painted on her… the colour and the cut couldn’t be better, making Ms H-W another Brit bringing a touch of class to the Academy Awards. And those stairs, absolutely to die for… not a room as such, but I couldn’t resist.
I hope you have a beautiful weekend whatever you’re doing and wherever you may be…