Now, you won’t blame me if I’m not entirely convinced that this genetically-blessed pairing are going to last. Just a hunch. After Jude’s “indiscretion”, he had an illegitimate child and Sienna took it upon herself to see what she’d been missing. Following a fling with the furry Rhys Ifans, she realised she missed the prettiness, and the couple reunited late last year. They have now combined their sizeable pay packets and splashed out on an £8million Georgian house in Highgate, North London. Rumours that Sienna has secretly installed CCTV cameras in the nanny’s quarters are unconfirmed. Here’s a look inside (keep an eye out for the random floral cow): 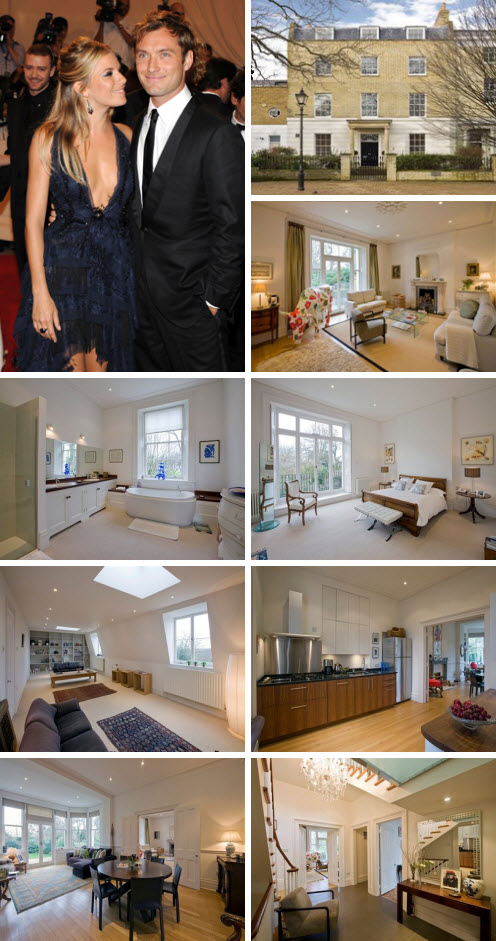