It’s been over 18 months since I last posted on a regular basis… so, why start up again now? Well, two reasons, really. For one thing, it’s mine and Tom’s 2nd wedding anniversary today, and I’ve been meaning to post our photos (taken by the beyond talented Jodie Chapman) for, well, a very long time. When I was working on the redesign of the blog these past few months, I figured this would a good time to kick things off again. So, go grab a glass of bubbly, because you can be sure that for the majority of today I’ll have one in my hand.

The other reason? Well, since scoring a day job as a blog writer back in January last year, the motivation I used to have to come home and write till the wee hours was no longer there. Finally I didn’t have an events job I hated with every fibre of my being, and I didn’t need the creative outlet that {what you fancy} had always been for me. I came home from work and relaxed… but still kept reading my favourite blogs. Then, lately, that fire’s come back. I miss my blog. I miss hearing from you guys (well, whoever’s willing to come back at this point!). I miss being part of the community of which I currently feel like a bit of an outsider. I don’t know how many times a week I’ll be posting and it may not be as regular as it once was. But I feel like I’ve things to say and share, and I very much hope you’ll pop by from time to time to see what’s going on. And, as always, I’ll be on Twitter, Instagram and (most frequently) Pinterest, too, if you want to say hi.

Ok… formalities over, let’s get down to business. Let’s journey back to 21st September 2012. Our wedding took place at Shenley Cricket Club in Hertfordshire, chosen mainly because it was pretty much a blank canvas, so I could go to town with decorations – while most brides dream of the perfect dress, I was pinning pictures of flowers in mismatched containers, streamers and festoon lighting. It also meant we could have the ceremony outside, something that’s a bit of a rarity in this country. As our guests journeyed in from around the country – and the world, for that matter – the rain held off, and I thanked our lucky stars we’d not plumped for the wash-out that was July and August. 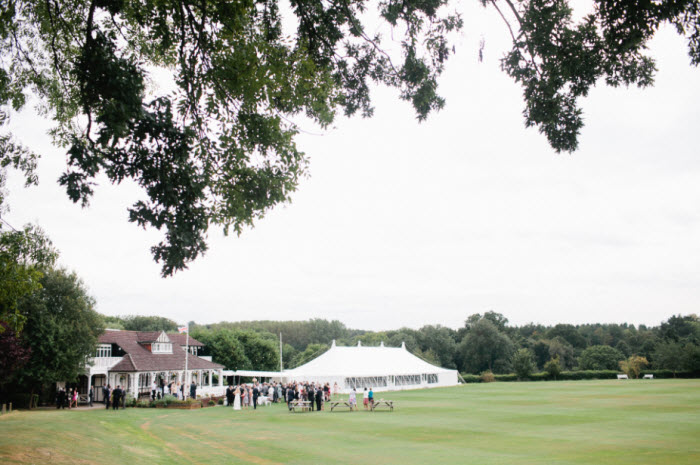 I got ready at my brother’s house near the venue. Looking back, it was one of my favourite parts of the day. Jo Adams – MUA extraordinaire – worked her magic on my bridesmaids and me, while we listened to Taylor Swift and shovelled down plates of scrambled eggs and smoked salmon. While the kitchen was a hive of activity, there was mostly a feeling of calmness. That everything was how it should be. Apart from one terrifying moment when Tom texted me with this humdinger: “Is now a good time to talk?”

Sorry, what now?? This is NOT something you want to hear on your wedding day. With shaking hands I called him… turns out he was asking what I wanted him to do with the presents for the wedding party. That’s right.

Anywho. Hair and makeup was easy. I’d asked Jo for hair like Elizabeth Olsen and makeup like Kate Bosworth. These were my inspiration pics, along with the resulting look.

I love people who follow briefs to the tee. While we’re on the subject, here’s the hair inspiration my bridesmaids (my two best friends and sister-in-law) sent me and the final looks. 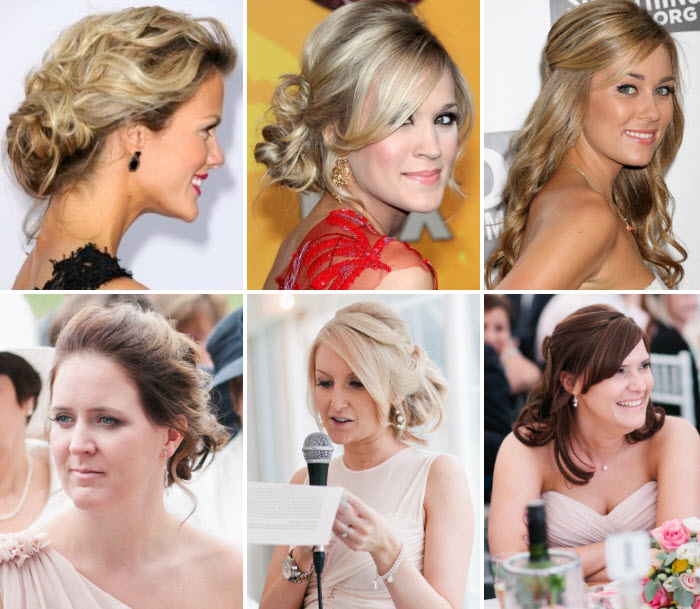 Like I said, Jo’s a genius. If you want to feel like a million bucks on your wedding day, she’s your girl.

I designed my wedding dress myself. I’d fallen in love with a Temperley empire-line frock, but had swiftly fallen out of love with it once I’d clocked the price. My mum found a one-shoulder number on sale in a local wedding shop for the bargain price of £100, and while it wasn’t anywhere near what I was looking for, we both knew that with the right seamstress and a bit of imagination we’d get there. It took several metres of fabric from Goldhawk Road in W12 and a few panicked last-minute alterations, but I was over the moon with the result. A one-of-a-kind dress that was exactly what I’d envisaged, down to the last detail. It also probably came to about £350 in total. Gotta love a bargain.

My shoes were Kate Spade (‘Isadora’ sandals – no longer available, but there’s always eBay…) and my earrings were Stella & Dot (available here). I had two wedding necklaces – for the ceremony I wore an antique gold locket (my ‘something borrowed’) my mum had worn at her wedding. Inside was a photo of my beloved dad. For the reception I switched it for a bespoke statement necklace, designed by Doloris Petunia. My finishing touches came to way more than the cost of my dress, but I figured I could always wear the accessories again, so it was definitely worth the extra money. 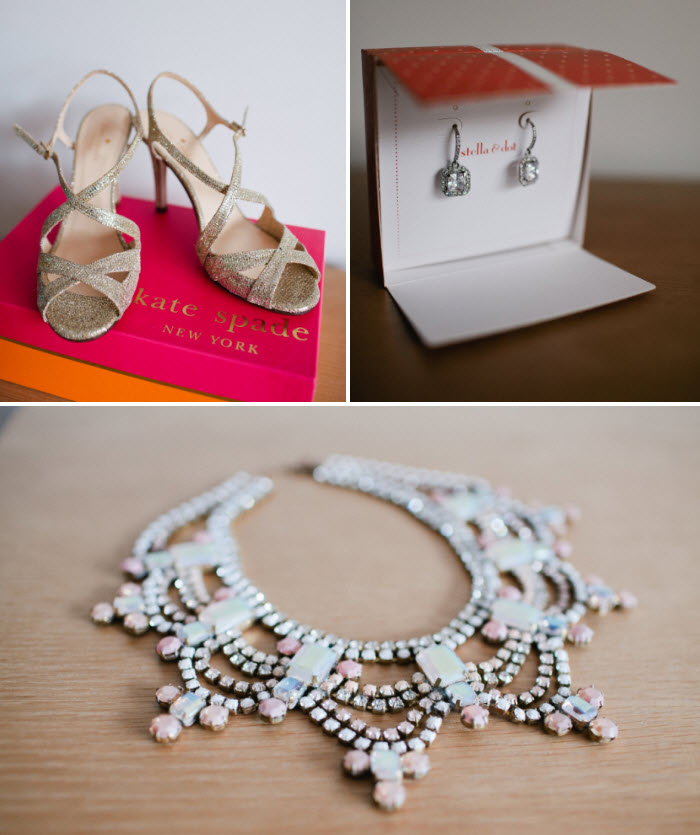 When we arrived at the venue, all I felt was excitement and happiness. Not a single nerve (and I hate anything that means I have to stand in front of a crowd). My brother walked me down the aisle, with my girls in front of me. My processional song was ‘Dream’ by Priscilla Ahn. 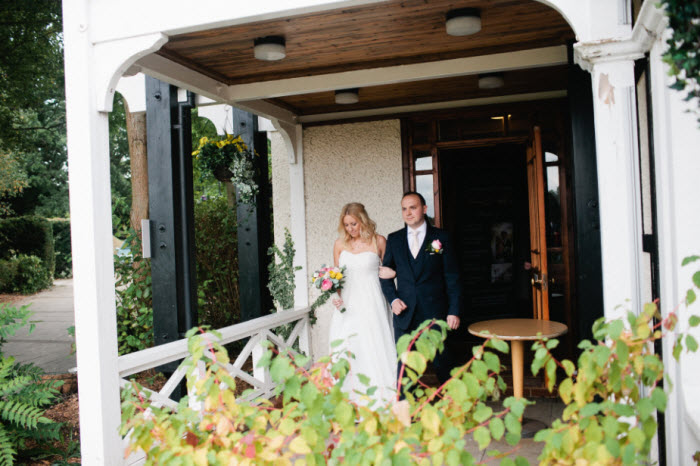 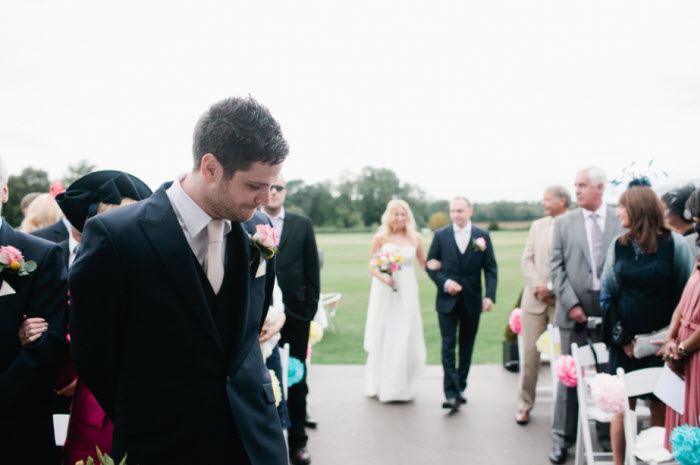 I was coming home. That’s the only way I can describe it.

Two of our close friends performed the readings – ‘Love’ by Roy Croft, and the lyrics from the song ‘All I Want is You’ by Barry Louis Polisar. One a conventional choice, the other… not so much. Both of them said exactly what we wanted to say. 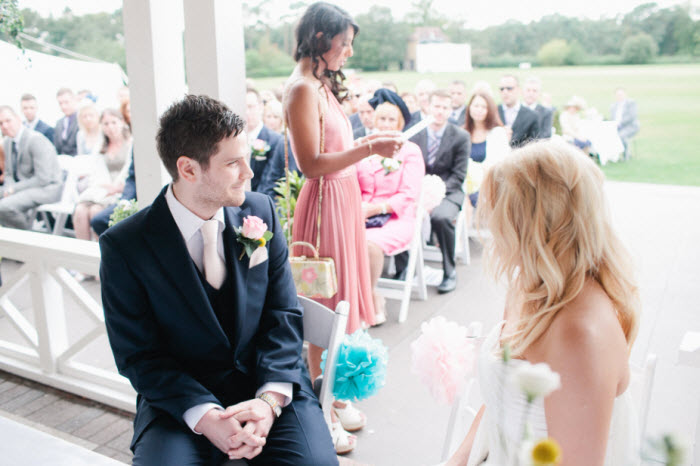 That was followed by vows we’d written ourselves – the tears nearly came, but adrenaline was on my side – and then the crowd-pleaser… 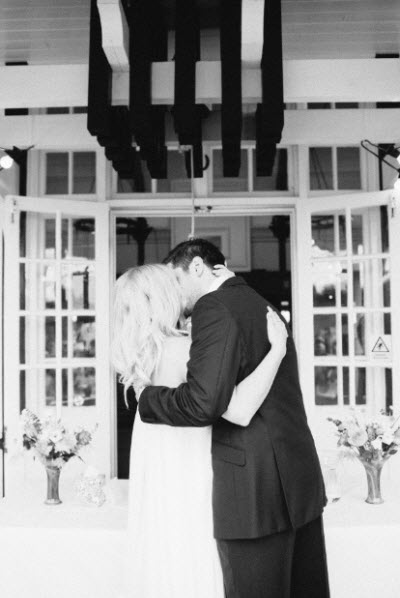 We signed the register, posed for the snap happy… 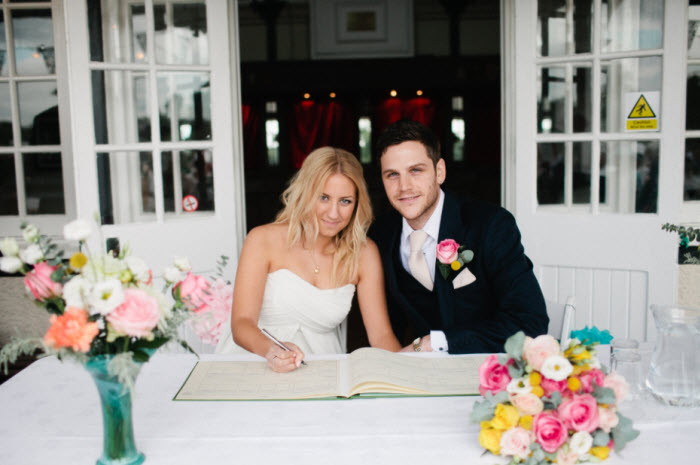 … and walked back up the aisle to the tune of ‘Wouldn’t It Be Nice’ by The Beach Boys, the happiest-sounding song ever made. And then I kissed my handsome new husband again… 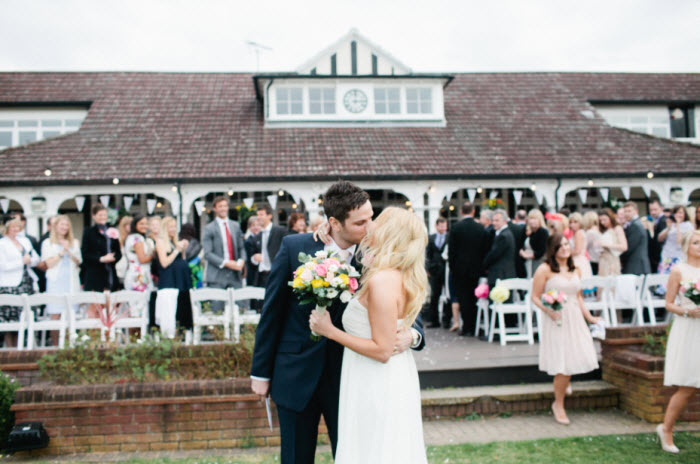 Because, well, how could I not.

With the drinks and canapés doing the rounds, and my cousin playing Rat Pack tunes on her saxophone, we drifted off on our own with Jodie to get our pose on… 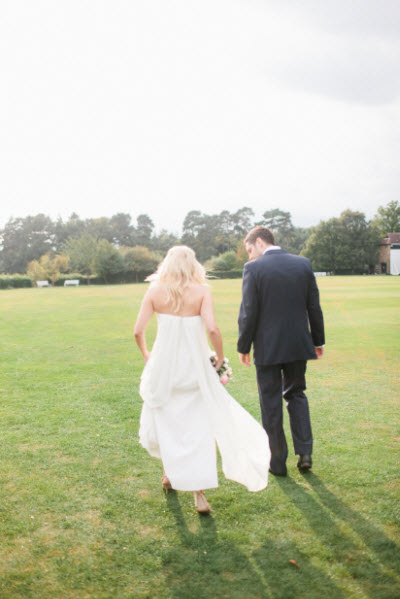 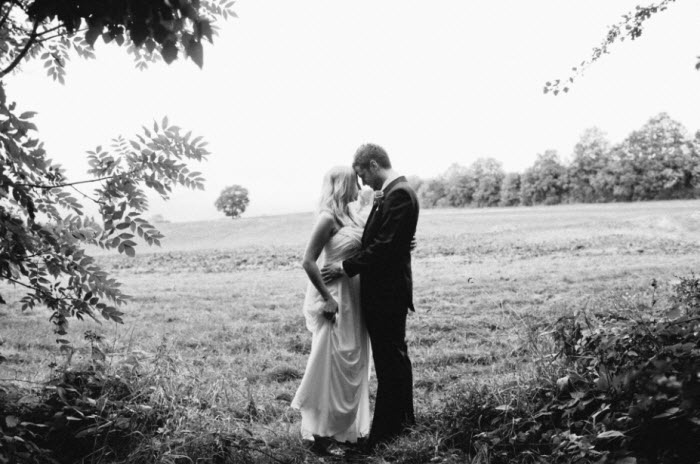 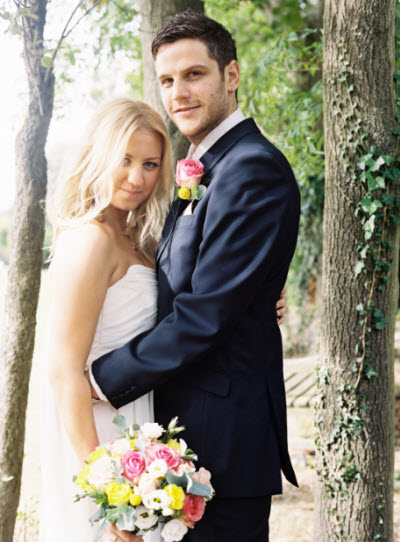 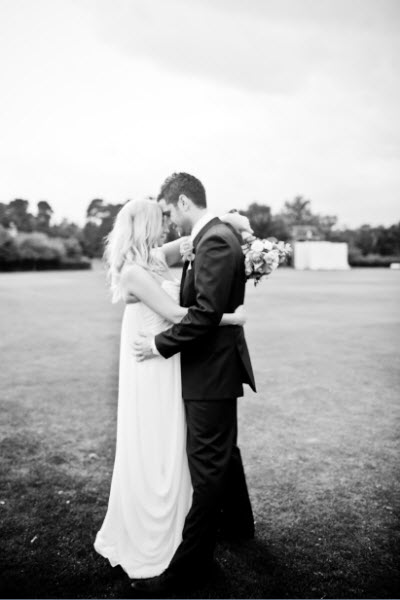 … before heading back to the crowds to get a few group shots. One of my favourite pics is this one of the mums looking beautiful in their finery (mine in mint, Tom’s in pink)… 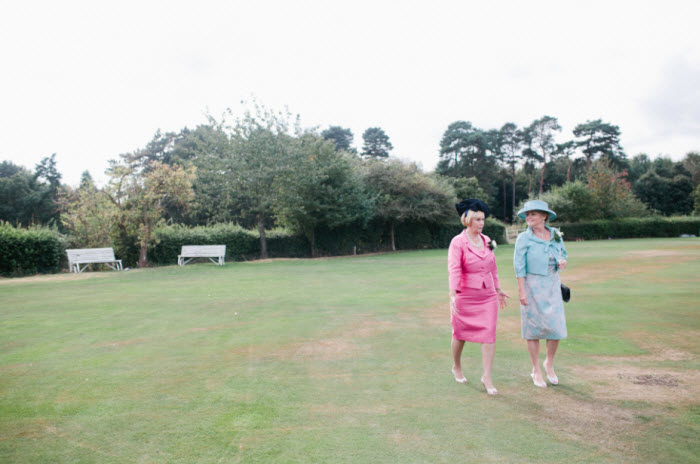 Let’s just have a close-up, cos they look so lovely… 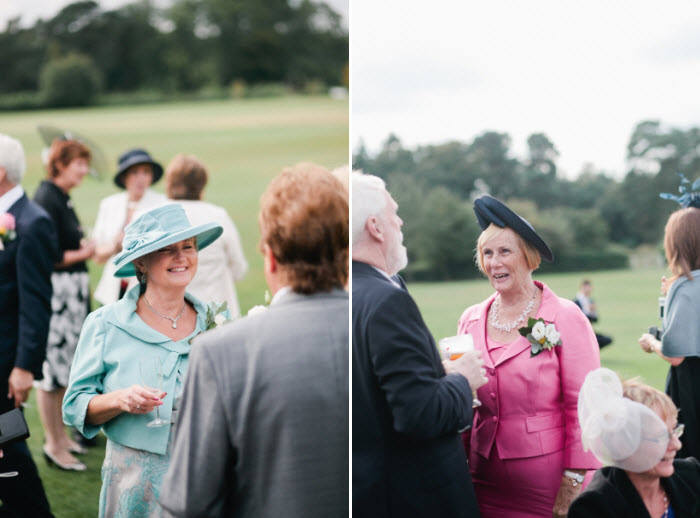 I don’t think their smiles could’ve got any bigger, quite frankly. Speaking of smiles, the second mine slipped when I was wishing more than anything that my dad was here to see me on my big day, I felt someone take my hand in theirs… 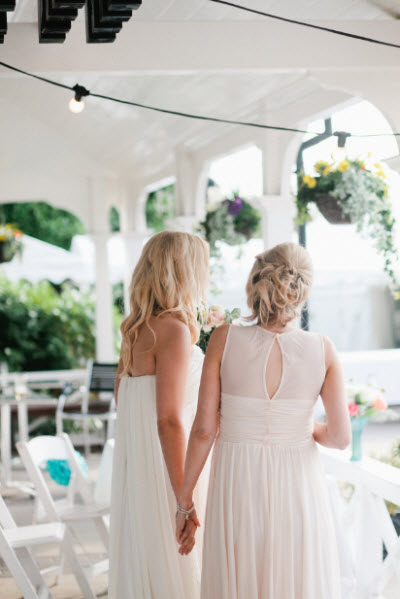 That’s why she’s my best friend.

(And on a side note, from behind can you even tell she was 8.5 months pregnant at that point? Thought not.)

We headed into the marquee at the perfect time – 2 minutes later the heavens opened. 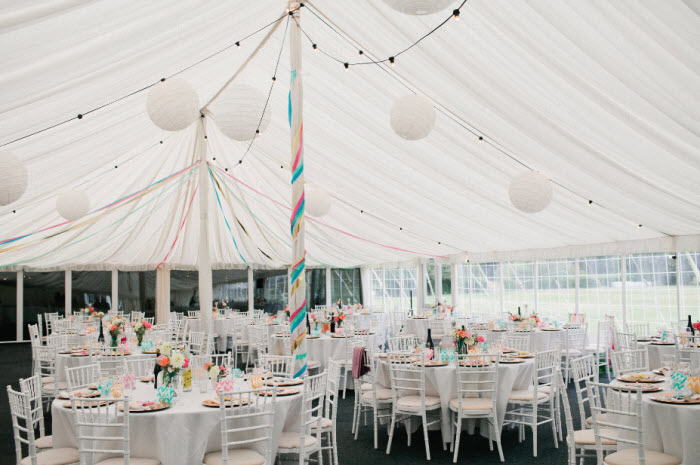 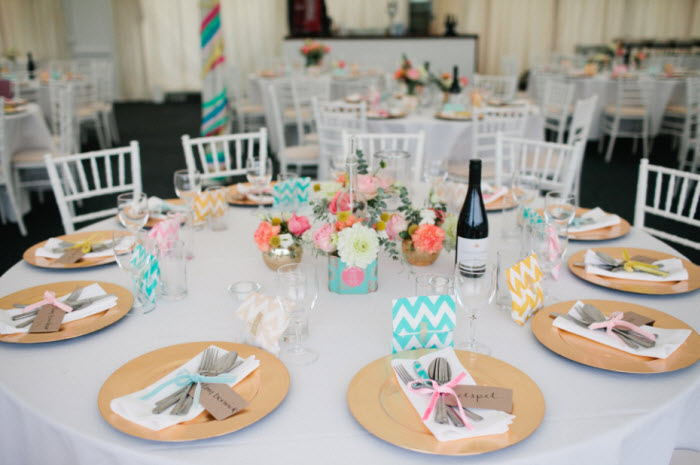 We took our seats as man and wife… 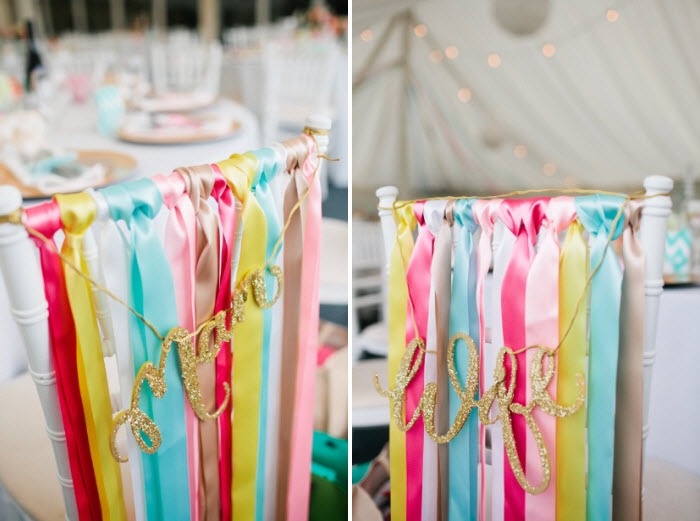 [The glitter letters were created by Erin Hung of BerinMade, who I’d also worked with to design our confetti-inspired invitations.]

Then it was time for my absolute favourite part of weddings. The speeches. And when it’s your own, it’s even better. Every speech was heartfelt, funny, moving, and perfectly delivered.

The best men’s speech had everyone in stitches… 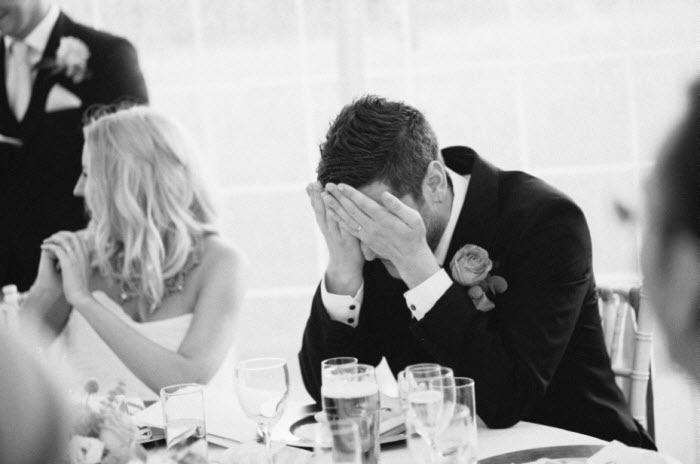 … apart from Tom, who clearly thought if he covered his eyes, the stories would stop. They didn’t.

After a BBQ-style wedding breakfast was the cutting of the cake, made expertly by my sister-in-law’s sister (who’d be on GBBO if I had my way). 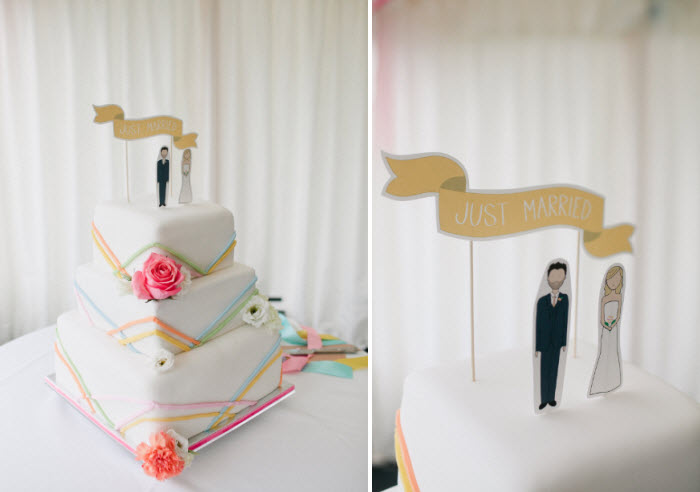 And on to the first dance (‘18th Floor Balcony’ by Blue October). We hadn’t practised our moves, and it probably showed… but regardless, I’ll never forget it. 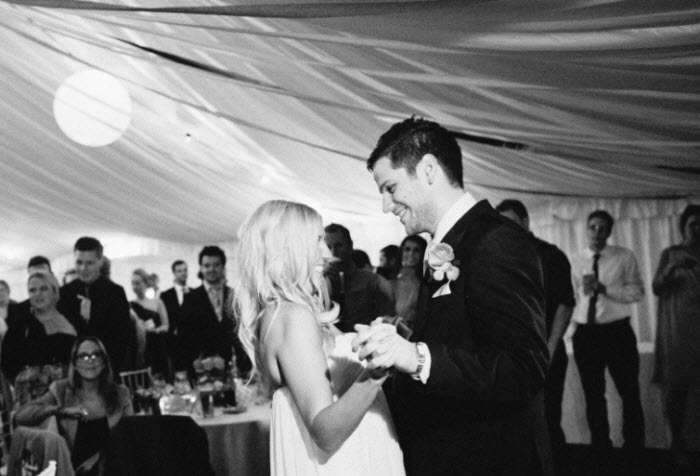 Yup, we were pretty damn happy at that exact moment.

Others – including Tom’s parents – joined us on the dancefloor, while the whole marquee glowed under the lanterns. 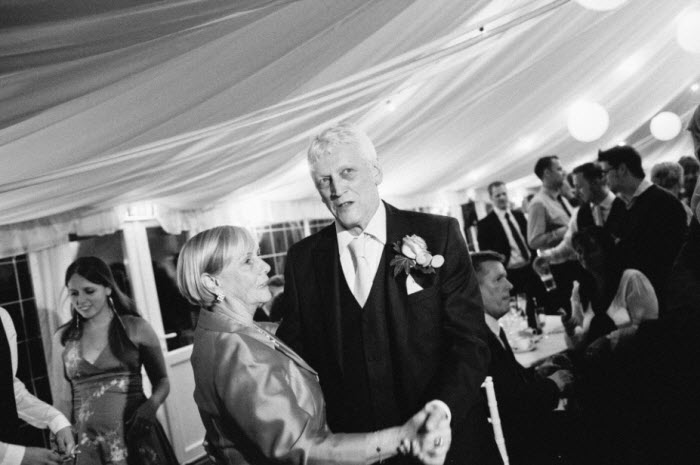 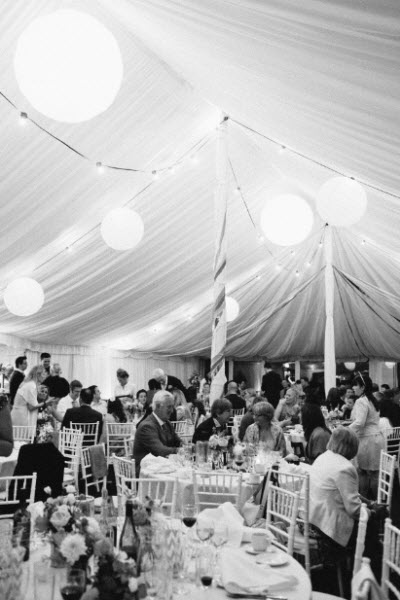 And a single candle flickered for all our loved ones who couldn’t be there to join in the fun. 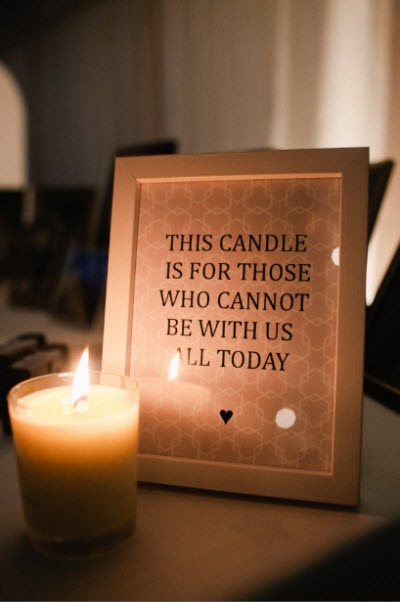 Finally, it was time to let loose on the dancefloor. But that’s a whole other story. 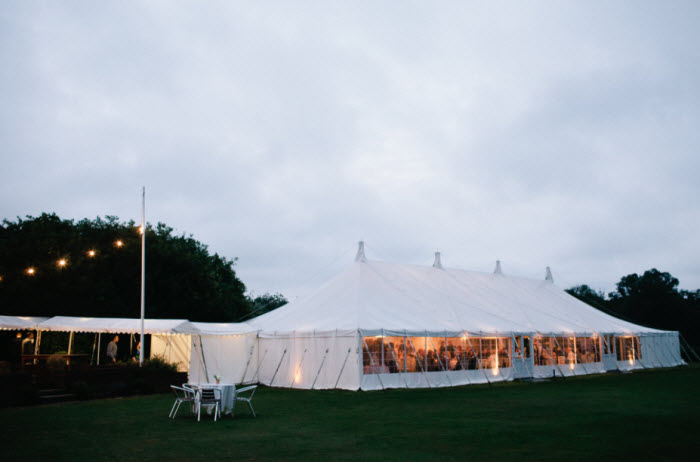 Happy anniversary, TB. Thank you for making me the luckiest.